Wisdom of Vedanta for Self Development 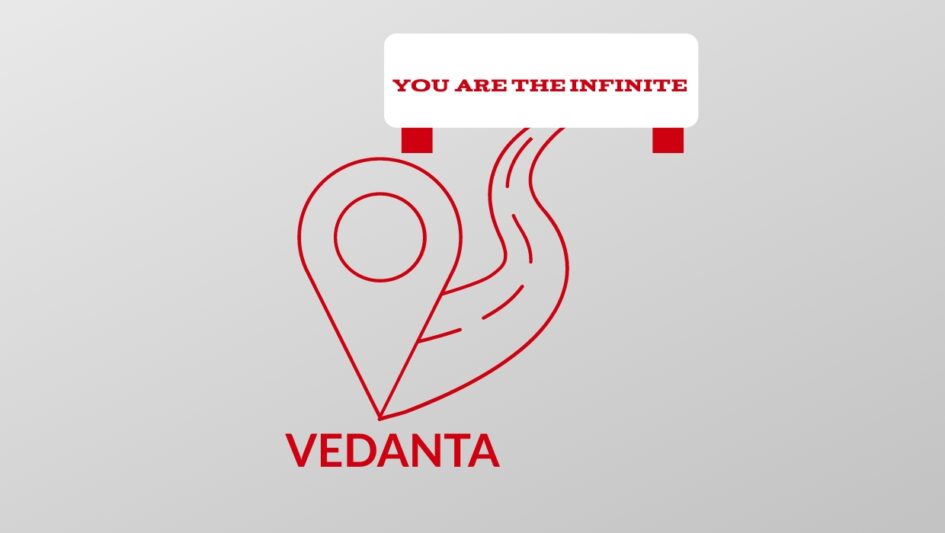 In this post i will be dealing with some of the aspects of vedanta. Since my area of interest is personal development, i have taken up the topic of vedanta with focus on how to make our lives better. The little knowledge that i have gained on vedanta can be attributed to the lectures of various learned spiritual masters on the topic. Vedas form the foundation of Indian culture and civilization. These are mainly eternal spiritual laws that were discovered by ancient monks in their higher level of consciousness during meditation practice. This knowledge of the vedas was put into practice by the kings who ruled the country over many centuries thus establishing their practicality.

Every human being is governed by the vices of kaama ‘lust’, krodha ‘rage’, moha ‘attachment’, lobha ‘greed’ and ahankara ‘ego’. These five evils of human beings are at variance with its spiritual essence. Adi Shankaracharya’s Atma bodha text, a short treatise on Advaita school mentions the parable of snake and rope to illustrate the vision of vedanta. ” A man walks at night along a path. He sees a snake barring his way, so he turns back to run with fear. As he returns along the same path in the morning, he finds a coiled rope on the ground. He realizes that in the darkness, he mistook the coiled rope as a snake and it dawns on him, in the dark it is hard to see the reality as it truly is. In the light of day, the reality is clearly visible. ”

Vedanta is like the light trying to show us the final reality of the rope by removing the snake perception and its associated problems. Thus, reducing our subjectivity and its associated problems and being in touch with what is in the world objectively, then go one step further and inquire about the reality of the world. In all aspects of life, illusion is a common phenomenon. We observe something without having the proper knowledge to know how it is meant to be observed. Whenever the intellect cannot perceive a thing properly the mind projects and gives its interpretation. This projected, illusionary, non-existent thing makes you unhappy, miserable and sorrowful. However when you come to know the reality, the misapprehensions disappear. This trick of the mind is known as the Maya.

As long as you are looking out into the world outside with its various qualities and characteristics through your mind and intellect you will be seeing only the illusion or Maya. The crossing over from the illusion to the reality is not easy. The veil of maya ,i.e, the ignorance confuses us. Ignorance can be overcome by knowledge and as per vedanta the path is sravana ‘hear’, manana ‘understand’ and nidhidyasana ‘meditation’ as per Jnana Yoga. Other practices recommended are raja yoga (for a peaceful mind), bhakthi yoga (for devotion to the higher self) and karma yoga (for selflessness).

This is a parable told by Swami Vivekananda that clearly gives you an idea of what Vedanta tries to teach us. ” There was once a young lion in a forest that grew up in a flock of sheep, so he was not conscious that he was a lion. He would bleat like a sheep, he’d eat grass like a sheep. One day an old lion saw the sheep lion and tried to get it away from the sheep, but it ran away as he approached and begged for its life. The big lion caught the sheep lion, and dragged it to a clear pool of water and said, ‘You are not a sheep, but a lion; look at your picture in the water.’ The sheep lion, seeing its picture reflected in the water, said, ‘I am a lion and not a sheep.‘ ” That is it. We are lions in sheep’s clothing of habit, we are hypnotized into weakness by our surroundings. And the province of Vedanta is self-dehypnotisation.

Vedanta says you are sleeping although you imagine you are awake. The waking state that you are in is a deep sleep of ignorance. Ignorance has no beginning but has an end. The great saying from the chandogya upanishad is “Tat tvam asi” ,i.e, “you are the infinite” that applies to every human. As per Swami Vivekananda’s explanation, you are hypnotized into believing that you are small, trapped in the mind-body complex. Vedanta de-hypnotizes into believing and shows that you are the infinite self which is your true nature. When you realize your true self, you arise from the ignorance that has no beginning. As mentioned in the taitriya upanishad, you are so vast and so big, your glory is that of a mountain. So when you realize yourself with the infinite, you can’t contain the joy that you have. Everyone runs after petty joy of the outside world, but the upanishad tells to turn your eyes inside, infinite will be your joy.

The only good you can do to the world and to yourself is by realizing your true self or the spiritual nature. This is the truth that has been realized for thousands of years in India by many and has been documented in the scriptures as well.

Now let us understand the benefits of knowing the true nature of the self. Self-knowledge allows you to access the security, peace and happiness that is already present within the self. Desire is the root cause of sorrow. Any unfulfilled desire will lead to dissatisfaction. Since there is no end to man’s desire for material things, he can never be 100% happy. Tracing back the root cause of desire will tell us that a feeling of incompleteness is the true cause of desire.

Vedanta gives us the self-knowledge that one is already complete and perfect. Once you realize this, your desires diminish and you feel secure and happy with inner peace. Any other type of happiness due to material things is bound by time and space but Self-knowledge gives you the fulfillment and security that is available eternally. This also boosts the self esteem of an individual. If you encounter unexpected events or traumatic experiences in life, self-knowledge acts like a shock absorber in life. Self-knowledge gives you the security and confidence to handle anything life throws at you.

These obstacles can be overcome by Karma Yoga (For Mind Purification), Upasana Yoga/Raja Yoga/Patanjali Yoga (To Focus the Mind) and Jnana Yoga (To Gain Knowledge) respectively.

There are various topics in vedanta, but the following few are known to really transform your life, if followed in the proper way.

The spiritual heritage of Vedanta has given rise to our values. Vedanta in a nutshell is, we are essentially consciousness functioning through body mind complex and every other being whom you see is the same consciousness in a different body mind complex. Your interaction with others are governed by the values you possess. Vedanta is a direct pointer to where values originate from. When spiritual knowledge dawns, a true authentic character is formed in a person. From this character arises values that in-turn gives rise to attitude in social life. This leads to behavioral pattern in society. Thus values interface spirituality and social culture and is not the imagination of some enlightened monks. One more important point to note is that, following the values is good but interpreting them the right way for the higher good is also vital.

All spiritual knowledge gives rise to two sets of values, one being the eternal values or the cardinal principles of good living. The second set of values being the epochal values that change according to circumstances and needs to be applied appropriately ,i.e, the social ethics. To provide an example on the values, let us consider a manager at a company who is spiritually inspired. This manager will not only concentrate on profit making for the company but will also focus on human excellence. His eternal value will be an attitude to service with credibility in all his actions and his epochal values will be according to the Indian ethos in management. In today’s business schools in India there is the topic of Indian Ethos in Management that deals with all the proper knowledge required for a manager.

After understanding the concept of Vedanta one might get a doubt about the necessity of praying. Vedanta says each individual to be the truth of the universe ,i.e, the awareness that even the higher self is part of. Each individual’s awareness or consciousness functioning through the body-mind complex is like a wave that is part of the ocean. This form is subject to all the laws of the universe. The opportunity for anyone to devote time, listen/study and understand knowledge without any obstacles is within the order of the higher self. So prayer to the higher self becomes a very essential part in the pursuit of Vedanta. The whole vision is to understand your identity with the higher self. A lot of grace of higher self is required even to understand this equation.

Now let us focus on the necessity of prayer in everyday life. In day to day life everybody wants success, however results are dependent on known variables (dependent on the doer like working hard) and unknown variables (law of karma etc). In such a situation, your chance of success can be improved by adding a new variable in the form of prayer. Since every action will have a result, prayer also being an action the same rule should apply. If you consider for example, the known and unknown variable count to be equal, the inclusion of prayer will add an extra variable in your favor that will improve you probability of success.

Though Katha Upanishad has a very good analogy on the mind and intellect as mentioned in my other blog post on mediation, let me use another analogy of the elephant and mahout to compare the mind and the intellect. Only a trained elephant can be guided by a mahout, similarly only a trained mind can be guided by the intellect and this training of the mind can be brought about by meditation. The meditation can be classified mainly into the following types will respective benefits.

You can go through my other blog post on meditation as mentioned below to get a better understanding of the topic.