Another blog post idea picked from a Tokyo metro advertisement. This time the point of focus in the advertisement is a one liner/idiom「＃まとまると強い」 which focuses on improving workplace efficiency through team work.The advertiser here is advertising about the new cloud service they provide, which can be used by enterprises to integrate all their business applications onto a single cloud platform. 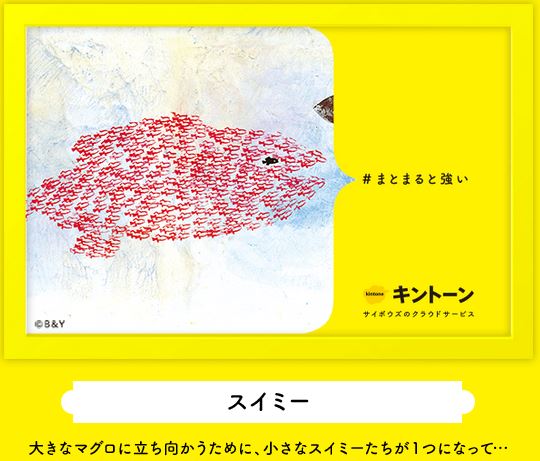 The Japanese word for proverb is kotowaza(ことわざ). Another word which is close to the word kotowaza is idiom/kanyouku(慣用句). As per a strip of online article shown below, the difference between kotowaza and kanyouku is very little and hard to distinguish.

“Unity is strength, division is weakness”

This is the complete idiom of the one liner mentioned above. It simply means “Unity is Strength”. The above advertisement tries to tell us that, similar to the small fishes coming together to outwit the huge one, even in the business world if every employee of an organization works towards a common goal and shares necessary information accordingly, an extraordinary outcome can be expected.

I would be listing a few of the proverbs and idioms which i have come across at work or online, of which a few may be useful to anyone in general or to those working in a Japanese environment and the remaining few may serve as a motivation factor. So, Let’s begin !

This proverb teaches us that a small leak can sink a great ship or in other words, even small faults, if left unattended, can have very serious consequences. This can be also used as a safety slogan at work place as this reflects the Heinrich’s findings of small incidents leading to major accidents.

“Three years on a (cold) stone (will make the stone warm)”

This proverb gives us the message that everything comes to those who wait or in other words perseverance prevails. Be it workplace or life, one should never give up on one’s goals. Perseverance and patience will bring good results.

“A koban/golden coin to a cat”

This proverb is appropriately used when you give something of value to someone who will not appreciate it or does not know the value of it.

“Constant dripping wears away the stone”

In other words, even a water drop if constantly hit onto a stone can create a hole. Similarly, even if a human puts his/her constant or continuous effort on a difficult task at hand, will become attainable. So this proverb teaches us that do not jump to conclusions or feel depressed that one is not capable of handling a job, instead cash on the power of constant effort to make things possible.

This proverb tells us that, by overcoming the hardships, a man can polish his personality thus making him a person of great character. Nowadays people choose easy paths to success by being within their comfort zone. However, as we live only once it would be more fulfilling to plan a certain path out of our comfort zone, overcome the hardships to realize our goals which will give us the true satisfaction and meaning to life.

“A stone of another mountain”

This proverb literally means to polish one’s gems from a coarse stone of other mountains. In other words it just means to learn from other’s mistakes. At workplace the right usage of this proverb can be at a situation wherein we have to provide the examples of mistakes/faults which can be used as a reference for mitigation. Care should be taken to never use this proverb towards a client or senior.

“Confess your ignorance, and you will escape ignorance” 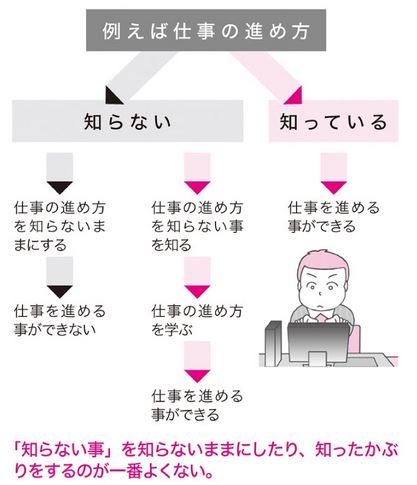 This proverb teaches us that, in case one has the knowledge/experience of handling a certain task, he/she can work efficiently on the assigned job as depicted on the right side flow in the above picture. However, if one becomes aware of the fact that he/she doesn’t know how to move ahead with the assigned task, they can learn the same by asking someone or getting trained on the topic and finally they will be in a position to handle the given task. The final flow on the left tries to explain the dangerous part ,i.e, if one is not aware how to move ahead with the task on hand and acts as if one has the knowledge or doesn’t do anything about that, he/she will never be in a position to handle the task and will face embarrassment going forward.

“To come after the fair has ended”

This proverb means “too late”. Even if you regret something, it’s too late, and it’s just a waste of time moping about it.

“Heaven/God helps those who help themselves”

The lesson we learn from the proverb is that, any challenging task might look difficult at the beginning. Here we have two paths, one is to give up or to keep trying. In such a situation, the one who continues with his hard work will be helped by god too is someway or the other. As per the sentence of a famous personality, “Efforts will certainly be rewarded, if it is not rewarded it only means that there is much more to be done” is to be noted.

In short this proverb tries to tell us that, even the patience of a saintly person eventually runs out. No matter how good a person is, in case he is troubled time and again even he will not be the same.

“To make sense/Fully understand the point”

The shortened version of this,「腹落ち」 or “haraochi” is quite frequently used at workplace and is used on behalf of the “understand” word. The usage scenario can be like, when the team lead is trying to explain his plan to the team members in-order to improve the productivity or the goal of the project and the team members after being convinced can use this word.

“To get annoyed/To be furious”

This idiom can be at a situation where one is furious about something or someone or to describe a third person’s emotion as well.

This idiom is used mostly in the case of a negative result only. When one doesn’t put in the efforts and fails at something, this idiom is appropriate to be used.

This idiom refers to the way of saying in which nothing is hidden or which is too direct and can be used to communicate to a person about one’s frank view about something or someone.

“I need every help I can get”

This idiom is used when one is too busy with something and would appreciate someone’s help.

“Kill two birds with one stone”

This idiom is appropriately used when one activity led to double benefits.

This idiom can be used when one gets along with someone well or when the thinking and actions of people match.

“Let flow in the water”

Has someone done you wrong? Well, maybe you should remember this phrase, this expression is about forgiving and forgetting, instead of holding a grudge.

In this idiom, “color” means character. Nobody has exactly the same character as others. If there are ten men, there must be ten different characters. This proverb tells that we must accept the differences of other people’s tastes.

This idiom is appropriate for situations when one is separating from a disgusting association, getting rid of a bad habit or leaving a job.