When i was looking for the topic to write my next blog, one day on my way to office through the Tokyo metro, saw the below advertisement about a ‘business chat application’ posted above the train window which pushed me to write this blog post. The below advertisement says, 54.6% of the employees think that the work culture at their respective companies is showateki or old generation type. 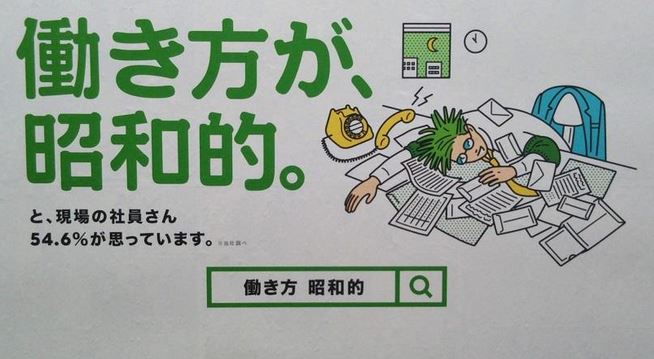 To better understand the word showateki, i feel it would be better to list out some of the eras in the recent Japan history as below, out of which the third one is showa or the post-war japan era which was known for hard work and the one we are currently in is the heisei era. 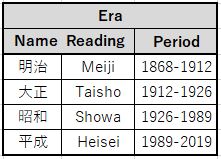 Whenever we hear the word Japan, the first thing which comes to our minds is that its a country of hard working people. I would like to detail about the current mindset of Japanese, by taking into account the opinion poll conducted by “Works Mobile Japan” with employees of various companies about their work culture and the derived results. More than 600 employees of various large & small firms took part in the poll. 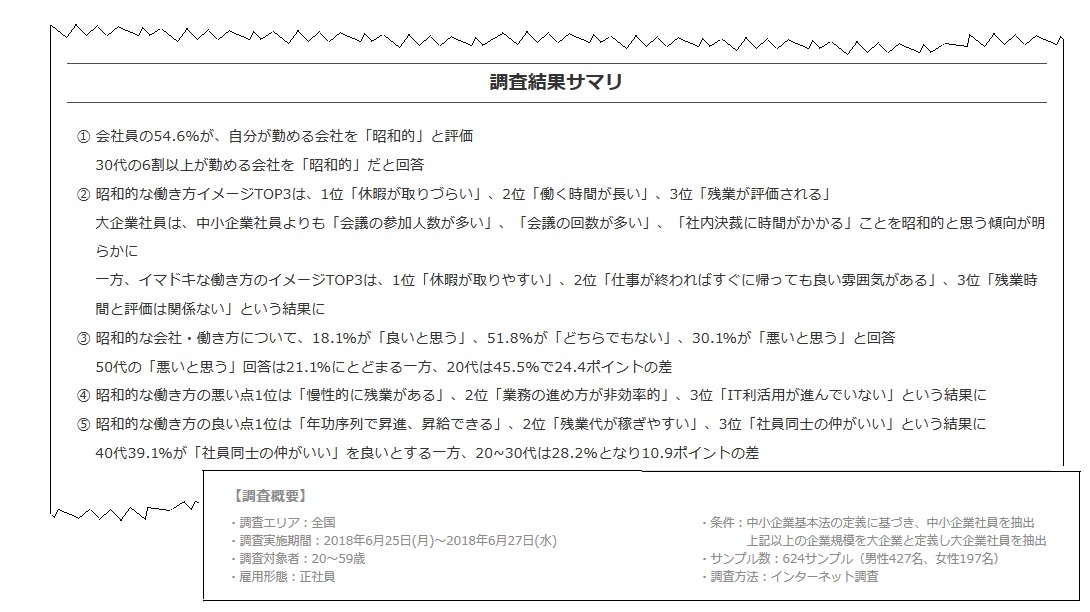 The above survey summary states that, 54.6% of employees stressed that their workplace was showateki. Out of this, more than 60% of the employees in their 30’s replied in the affirmative. Employees view of showateki workplace stressed on points like difficult to get leaves, long work hours, evaluation based on more overtime work hours. Also the employees of large sized companies compared to the mid/small sized companies felt that too many participants taking part in the meetings, very high frequency of meetings,  too much time in decision making were other common showateki traits. On the other hand, employees opinion about present day work culture were easy to take leaves, environment wherein one could get home once the work was complete and evaluation system independent of overtime work.

Further, 18.1% of the employees were fine with the showateki trait of their companies, while 30.1% replied in the negative and 51.8% were not sure. Moving on to the bad points of showateki trait, the top 3 of which were as follows; overtime work can be seen most of the times, inefficient way of work and non utilization of  IT. Also the poll gave us a picture of the top 3 good points which were, promotion & salary hike dependent on length of service, easy to obtain overtime pay and close bonding between the co-workers. Here 39.1% of the employees in their 40’s voted for the close bonding between the co-workers while 28.2% in their 20’s-30’s voted for the same point.

One more opinion poll conducted by a different company by name ‘Sansan’ gave a similar kind of result. In this online poll, more than 1000 employees took part. Here about 83.3% of employees wanted a change in their workplace culture, of which 61.3% felt that the issue was with long work hours. Reduction in the overtime work hours, increase in the overtime pay and improvement of business time management were the top three expectations of the employees.

From Opinion Polls to Personal Opinion

From my many years of work in Japan, i have noticed the following about Japanese workplace which is completely different from the culture in my country or unheard elsewhere.

In India or in America, employees are more casual in the office than in Japan.The first thing is calling each other by their first names at work would be considered rude in Japan. As far as dress codes go, the idea of “business casual” does not appear to exist in Japan. Now with the arrival of many foreign MNC’s we can find the relaxation in the dressing code. Otherwise, in a typical Japanese company, the white-collar worker, called “salarymen”, wear gray, navy, or black suits and are almost always wearing ties, even in the summer. We can see several career women wearing the exact same outfit.

Japanese office desks are organized in an open plan (obeya seido), in which desks are grouped together in teams of coworkers. Each team has a leader, and the leader is responsible for outlining the day´s work in a morning meeting (chorei). One might be surprised to hear that smoking is not illegal in the workplace in Japan (there are exceptions, such as at medical facilities). Inorder to avoid the effects on passive smokers, there are separate smoking rooms setup at every office building.

The importance of “HoRenSo” in business communication comes up often and is considered a common sense in Japanese companies. “HoRenSo” is short for “houkoku” (report), “renraku” (contact), and “soudan” (consult) and are the basics to smooth progress in business. Reporting refers to keeping your superiors up to date about the tasks given to you, during and upon completion of it. Contact refers to informing those involved briefly about their duties or work. Unlike reporting, contact is initiated by anyone regardless of position which may be something as informing about coming late to meeting. Consult refers to asking your superior or a colleague for their opinion and advice for reference if you have trouble in making a decision. Any root cause analysis of a problem will be dealt first from the aspect of HoRenSo. Also, Japanese are particular about certain workplace manners, starting from greetings to many other aspects required for smooth functioning of day to day activities.

In the Showa era, it was common for salarymen to work long hours, additional overtime, to participate in after-work leisure activities such as drinking, singing karaoke and visiting hostess bars with colleagues, and to value work over all else.The salaryman typically enters a company after graduating college and stays with that corporation his whole career. Nowadays, the work environment has become more flexible and accommodates the needs of individuals according to their lifestyle and stage of life. Career changes are more common and easier. If one corporate culture is not a fit, moving on is an option and there is less emphasis on building relationships that need to last a lifetime.

After work parties are used as a means to enhance relationships at workplace. We can commonly find the tradition of kangeikai(new employee welcome party), Konshinkai(get-together party), bonenkai (year end party), shinnenkai (new year party) after work parties at most of the companies even today . 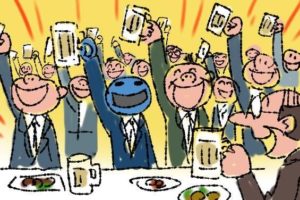 Based on the opinion polls it is clear that Japanese employees work for long hours even in the heisei era. In spite of the Labour Law, it is not unusual for employees to work more than the stipulated number of hours in a week. This has led to a phenomenon called karo-shi (death from overwork), where corporate employees have been known to spontaneously drop dead of exhaustion. Fortunately, instances of karo-shi are rare, and i haven’t heard of foreign workers being pressurized to log the same amount of hours as their Japanese counterparts, so one should not have anything to fear.