Here the focus will be on protecting devices, creating strong passwords and safely using wireless networks. Also maintaining the data securely will be looked into.

IoT devices pose an even greater risk than your other computing devices. While desktop, laptop and mobile platforms receive frequent software updates, most of the IoT devices still have their original firmware.If vulnerabilities are found in the firmware, the IoT device is likely to stay vulnerable.The best way to protect yourself from this scenario is to have IoT devices using an isolated network, sharing it only with other IoT devices.

Wireless networks allow Wi-Fi enabled devices, such as laptops and tablets, to connect to the network by way of the network identifier, known as the Service Set Identifier (SSID). To prevent intruders from entering your home wireless network, the pre-set SSID and default password for the browser-based administrative interface should be changed.Furthermore, you should encrypt wireless communication by enabling wireless security and the WPA2 encryption feature on the wireless router. Even with WPA2 encryption enabled, the wireless network can still be vulnerable.

Use Unique Passwords for Each Online Account or Passphrase

You probably have more than one online account, and each account should have a unique password. That is a lot of passwords to remember. However, the consequence of not using strong and unique passwords leaves you and your data vulnerable to cyber criminals.

To prevent unauthorized physical access to your computing devices, use passphrases, rather than passwords. It is easier to create a long passphrase than a password, because it is generally in the form of a sentence rather than a word. The longer length makes passphrases less vulnerable to dictionary or brute force attacks. Furthermore, a passphrase maybe easier to remember, especially if you are required to change your password frequently.

Encrypting, Back up or Deleting Your Data permanently

Your data should always be encrypted. You may think you have no secrets and nothing to hide so why use encryption? Maybe you think that nobody wants your data. Most likely, this is probably not true.Malicious application infects your computer or mobile device and can steal potentially valuable information, such as account numbers and passwords, and other official documents. That kind of information can lead to identity theft, fraud, or ransom. Criminals may decide to simply encrypt your data and make it unusable until you pay the ransom.

Your hard drive may fail. Your laptop could be lost. Your smart phone stolen. Maybe you erased the original version of an important document. Having a backup may prevent the loss of irreplaceable data, such as family photos. To back up data properly, you will need an additional storage location for the data such as online storage and you must copy the data to that location regularly and automatically.

When you move a file to the recycle bin or trash and delete it permanently, the file is only inaccessible from the operating system. Anyone with the right forensic tools can still recover the file due to a magnetic trace left on the hard drive.To prevent the recovery of deleted files, you may need to use tools specifically designed to do just that like SDelete from Microsoft and Shred for Linux and Secure Empty Trash for Mac OSX.

• OAuth 2.0
Open Authorization (OAuth) is an open standard protocol that allows an end user’s credentials to access third party applications without exposing the user’s password. OAuth acts as the middle man to decide whether to allow end users access to third party applications. For example, say you want to access web application XYZ, and you do not have a user account for accessing this web application. However, XYZ has the option to allow you to log in using the credentials from a social media website ABC. So you access the website using the social media login.

Ultimately, it is your responsibility to safeguard your data, your identity, and your computing devices. When you send an email, should you include your medical records? The next time you browse the Internet, is your transmission secure? Just a few simple precautions may save you problems later.

Here we cover some of the technology and processes used by cybersecurity professionals when protecting an organization’s network, equipment and data. First, we briefly cover the many types of firewalls, security appliances, and software that are currently used, including best practices.

Next, we will get to know about botnets, the kill chain, behavior-based security, and using NetFlow to monitor a network. The last section discusses about different approaches to cybersecurity, including the CSIRT team and the security playbook.

A firewall is a wall or partition that is designed to prevent fire from spreading from one part of a building to another. In computer networking, a firewall is designed to control, or filter, which communications are allowed in and which are allowed out of a device or network.
A firewall can be installed on a single computer with the purpose of protecting that one computer (host-based firewall), or it can be a stand-alone network device that protects an entire network of computers and all of the host devices on that network (network-based firewall).

Port-scanning is a process of probing a computer, server or other network host for open ports. In networking, each application running on a device is assigned an identifier called a port number. This port number is used on both ends of the transmission so that the right data is passed to the correct application. Port-scanning can be used maliciously as a reconnaissance tool to identify the operating system and services running on a computer or host, or it can be used harmlessly by a network administrator to verify network security policies on the network.

For the purposes of evaluating your own computer network’s firewall and port security, you can use a port-scanning tool like Nmap to find all the open ports on your network. Port-scanning can be seen as a precursor to a network attack and therefore should not be done on public servers on the Internet, or on a company network without permission.

Software is not perfect. When a hacker exploits a flaw in a piece of software before the creator can fix it, it is known as a zero-day attack. Due to the sophistication and enormity of zero-day attacks found today, it is becoming common that network attacks will succeed and that a successful defense is now measured in how quickly a network can respond to an attack. The ability to detect attacks as they happen in real-time, as well as stopping the attacks immediately, or within minutes of occurring, is the ideal goal. Unfortunately, many companies and organizations today are unable to detect attacks until days or even months after they have occurred.

A botnet is a group of bots, connected through the Internet, with the ability to be controlled by a malicious individual or group. A bot computer is typically infected by visiting a website, opening an email attachment, or opening an infected media file. A botnet can have tens of thousands, or even hundreds of thousands of bots. These bots can be activated to distribute malware, launch DDoS attacks, distribute spam email, or execute brute force password attacks. Botnets are typically controlled through a command and control server. Cyber criminals will often rent out Botnets, for a fee, to third parties for nefarious purposes.

• The Kill Chain in Cyberdefense

In cyber security, the Kill Chain is the stages of an information systems attack. Developed by Lockheed Martin as a security framework for incident detection and response, the Cyber Kill Chain is comprised of the following stages:

According to Lockheed Martin, understanding the stages of Kill Chain allowed them to put up defensive obstacles, slow down the attack, and ultimately prevent the loss of data.

Behavior-based security is a form of threat detection that does not rely on known malicious signatures, but instead uses informational context to detect anomalies in the network. Behavior-based detection involves capturing and analyzing the flow of communication between a user on the local network and a local, or remote destination. These communications, when captured and analyzed, reveal context and patterns of behavior which can be used to detect anomalies. Behavior-based detection can discover the presence of an attack by a change from normal behavior. 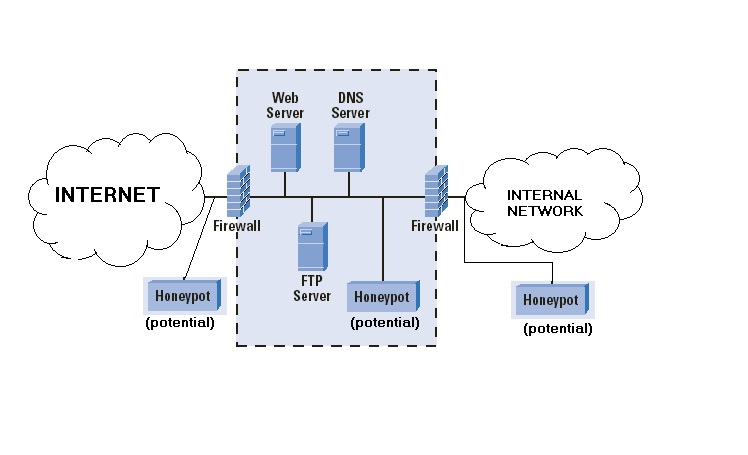 There are various types of CSIRTs. An internal CSIRTs is assembled as part of a parent organization, such as a government, a corporation, a university or a research network. National CSIRTs (one type of internal CSIRT), for example, oversee incident handling for an entire country. Typically, internal CSIRTS gather periodically throughout the year for proactive tasks such as DR testing, and on an as-needed basis in the event of a security breach.

Technology is constantly changing. That means cyberattacks are evolving too. New vulnerabilities and attack methods are discovered continuously. Security is becoming a significant business concern because of the resulting reputation and financial impact from security breaches. Attacks are targeting critical networks and sensitive data. Organizations should have plans to prepare for, deal with, and recover from a breach.

One of the best way to prepare for a security breach is to prevent one. There should be guidance on identifying the cybersecurity risk to systems, assets, data, and capabilities, protecting the system by the implementation of safeguards and personnel training, and detecting cybersecurity event as soon as possible.

When a security breach is detected, appropriate actions should be taken to minimize its impact and damage. The response plan should be flexible with multiple action options during the breach. After the breach is contained and the compromised systems and services are restored, security measures and processes should be updated to include the lessons learned during the breach.

An Intrusion Detection System (IDS), is either a dedicated network device, or one of several tools in a server or firewall that scans data against a database of rules or attack signatures, looking for malicious traffic. If a match is detected, the IDS will log the detection, and create an alert for a network administrator. The Intrusion Detection System does not take action when a match is detected so it does not prevent attacks from happening. The job of the IDS is merely to detect, log and report.

An Intrusion Prevention System (IPS) has the ability to block or deny traffic based on a positive rule or signature match. One of the most well-known IPS/IDS systems is Snort. The commercial version of Snort is Sourcefire. Sourcefire has the ability to perform real-time traffic and port analysis, logging, content searching and matching, and can detect probes, attacks, and port scans. It also integrates with other third party tools for reporting, performance and log analysis.